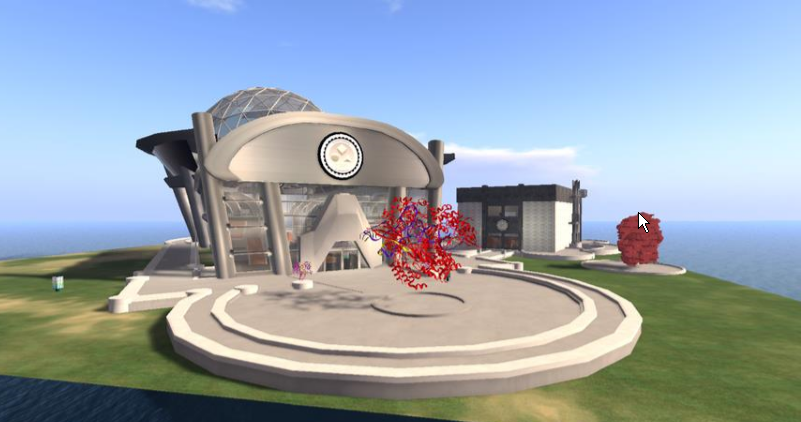 Universal Campus is a signature build by Nebadon Izumi and used by Kitely as one of its optional OAR files loaded when a new world is created. The default build is a 2x2 var but this scale, while impressive, is not always necessary when working with smaller classes. The aim was to produce a version that would fit on a single region and contain less than 15000 prims, hence being compatible with a 10-avatar starter world. It was decided that the build would comprise the main hall and science lab in the first instance.

The build (Universal Campus SR or Single Region) is very much a work-in-progress but the current version can be downloaded for use under the same terms as the original, i.e. CC-BYSA 3.0.