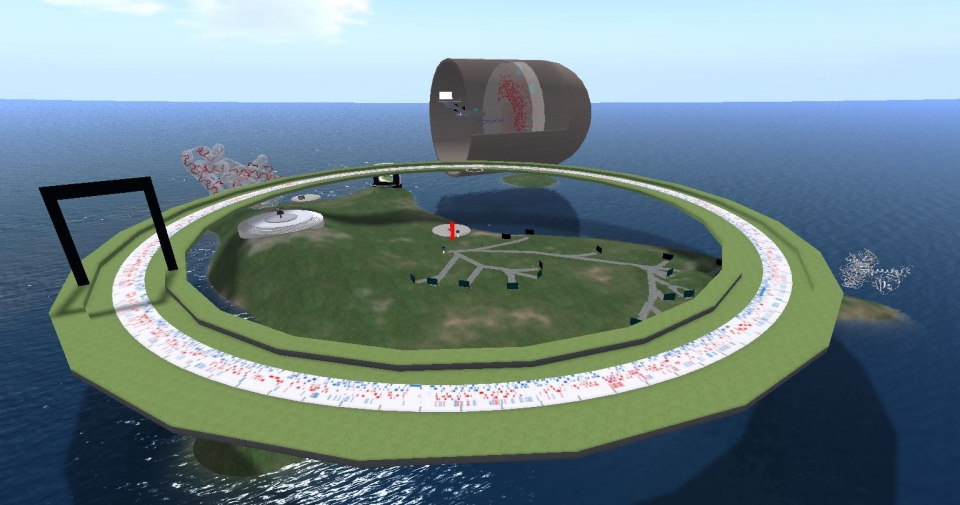 The main components of this OAR date back to around 2008 in their Second Life incarnation. There are a number of objects relating to the bacterium Mycobacterium tuberculosis, most notably a giant circular genome that your avatar can walk round. Sadly the server which previously managed the genome touch events off-world is no longer running so error messages may be encountered and the gene markers shown in the picture no longer rez. Naturally, the gene annotation may also be somewhat dated. The genome is still, however, visually striking and could form the basis, for example, of a poster session about the organism and its genome.